Take a Ride Through Transport History

2 years ago
The German transport system is frequently used as a model for modern, quick and efficient transportation. However, the system was not built up in a fortnight; it is a result of systematic development that has taken centuries. 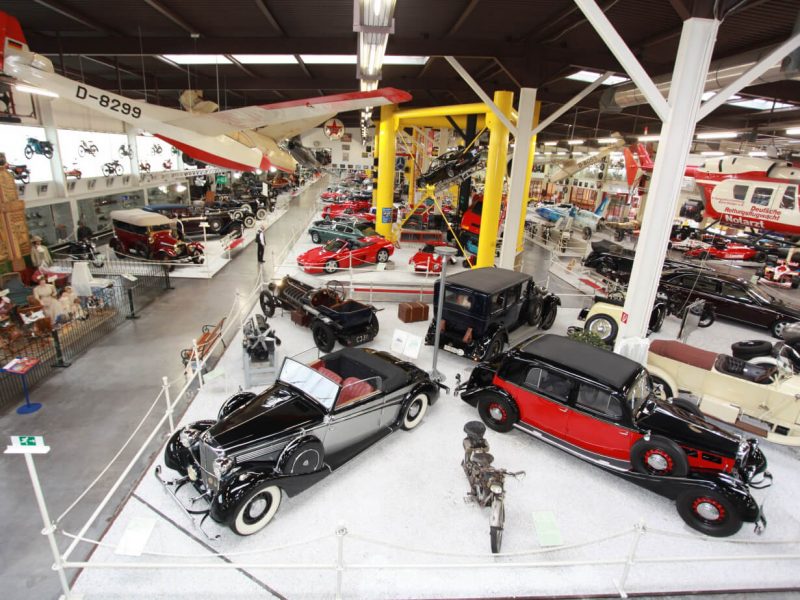 The history of transport in Germany is on display in many museums across the country. For everyone interested in how the trains have changed in the last 150 years, how a highway is properly built or what is inside a tramway’s electric motor, the transport museums in Germany offer a variety of exhibitions, along with a tremendous collection of historic motor vehicles, trains, ships and airplanes. Here we present some of these unique museums.

The Deutsches Museum – along with its branch museums – has outstanding scientific and technical exhibits, focussed on a constructive dialogue between science and society. Established in 1903, it is among the world’s oldest museums of science and technology and, with total exhibition space of 66,000 sq. m, one of the largest. Its unique collection of original exhibits makes Deutsches Museum a leading international venue for celebrating science and technology as a cultural endeavour. As a major German research museum, it is supported by the state of Bavaria, the federal government and the German states, and is a member of the Leibniz Association.

With over 4,500 exhibits, the Land Transport Collections are among the largest, most valuable, and oldest of the Deutsches Museum collections. The collections are divided thematically into Railways, with many objects related to the history and development of the railway and urban rail traffic, and Transport, with a collection of motor vehicles and bicycles as well as pre-industrial modes of transport such as horse-drawn carriages. The collections boast 500 fully functioning vehicles, ranging from the large steam engine to a child’s scooter and numerous other pieces that display the infrastructure required for transport and traffic.

There is also a collection of mobile sports equipment, such as skis, ice skates and roller skates, in addition to carrying and transport aids of all kinds, including chests and baggage. Technical components, accessories, fittings, and various model collections round off the holdings. The Land Transport Collections are unique as they comprehensively present the development of transport on land as a connected story that goes beyond the history of individual vehicle types.

With a 50-year-old history, the Dresden Transport Museum (VMD) is one of Dresden’s newer museums. Its inception in 1952 as one of the first cultural institutions in the former GDR after the Second World War was tied to the establishment of the Hochschule für Verkehrswesen (College of Transport). The origin and tradition of the museum, however, can be dated to the year 1877, when the collection of the later Saxon Railway Museum began, which was housed in the Dresden-Neustadt railway station until the Second World War. This museum, therefore, traces back to one of Germany’s oldest technical collections.

The western hall of the Johanneum, the former royal stable, houses the exhibition on the history of road transport, divided into six periods and spread over two levels. At five listening stations in between, you can learn more about key periods in the history of road transport and how people lived at certain times from a family’s perspective. The railway exhibition presents stages of Saxon and German railway history from the beginnings to 1993, showing valuable artefacts and models.

In the navigation section, enjoy the maritime atmosphere provided by replicas of significant parts of ships, such as an old hulk, a mast with sail, anchors, flags, a steering wheel etc., along with impressive model ships and extensive illustrations. In the air traffic exhibition, great attention is given to the aviation industry of the former GDR. From 1956 to 1961, aircraft were built at Dresden, including the “152” – the first German turbine jet passenger aircraft. Not only showcasing technology, remarkable humans take centre stage as inventor, builder and passenger.

Directions: Verkehrsmuseum Dresden gGmbH, in the Johanneum at the Neumarkt, Augustusstraße 1, 01067 Dresden

The history of the DB Museum began as early as 1882, when the state railway of Bavaria opened a small exhibition. Initially available only to railway employees, it opened for the public three years later but was not formally constituted as a state museum until 1899. Constantly expanding, it moved to the present building in 1925. In 1985, to mark the 150th anniversary of the German railways‘ existence, the museum created a new permanent exhibition chronicling the various eras of rail history. Deutsche Bahn AG assumed control of the museum in 1996. On 1 March 2012, the DB Museum opened a display rail depot in a renovated hall in the outdoor area of the museum site. In 2014, the DB Museum opened its new permanent exhibition exploring the recent history of Germany’s railway network. The following year, the „Modellarium“ with over 2,000 models on display was presented to the public.

Besides “Modellarium”, the museum’s collection comprises a number of vehicles representing the technological changes of the 19th and 20th century. Especially interesting is the replica of the 1835 “Adler”, the first German locomotive, reconstructed in the 1930s. The historic exhibition guides the visitors through the beginnings of the German railway, its boom during the “century of steam” as well as the darker side of its history when it served the Third Reich during WWII and later divided by the Iron Curtain. Additionally, there is an outside depot devoted to the railway infrastructure and a series of full-scale installations depicting the transformation of train stations throughout the centuries.

2003 was the year that the DB Museum established its branch in Halle an der Saale. This site is dedicated in particular to vehicles we inherited from Deutsche Reichsbahn, the East German rail company.

Locomotive shed IV now houses the DB Museum, but it was once part of the Halle P. maintenance depot, which started working in 1895. However, the depot’s earliest buildings date from 1863. Originally, nine shelters for trains were used as locomotive sheds, and eight new ones were built in 1908. Their longer tracks and pits were necessary for handling new, larger locomotives, for example the Prussian class P10 (later the class 39).

Over time, this locomotive shed hosted countless illustrious vehicles such as the class 01, 03 and 39. In the late 1930s, the streamlined vehicles of the class 01(10) also started calling to Halle for maintenance work. Later, diesel locomotives predominated. In 1951, LVA Halle, a locomotive research station, took over the site and conducted locomotive technology trials. Some of the innovative new propulsion systems tested here include the E 18 31 electric locomotive and the Soviet Union’s mighty diesel-powered 130 101. Today, both of these locomotives are on display at the DB Museum.

All of the DB Museum vehicles on show in locomotive shed IV are cared for by a BSW group dedicated to maintaining the traditions of the Halle P. depot. The venue can be hired for special occasions – simply contact the relevant person at the museum, named here to the right.

The DB Museum Koblenz is home to several exhibitions exploring the changing design of passenger and saloon carriages, electric locomotives’ drive technology and train protection systems.
The exhibits indoors provide in-depth explanations of the technology used in the full-size and model trains outdoors. Texts, images and 1:20 scale models reveal the secrets of different train engines and show just how each of them works. The evolution of passenger and salon carriages is another major topic explored in Koblenz. The museum houses many original pieces, while texts and photos reveal how travelling by train became increasingly comfortable over time.

Other hits with the public include the train simulator with its replica of a driver’s cab, the collection of interlockings and the museum’s small cinema.

The German Road Museum in Germersheim is the only of its kind in Germany to focus on streets and roads in such an extensive way, and is one of three such museums in Europe. The museum presents the specific cultural history that developed with, through or near the roads throughout the centuries. Initiated by several passionate road construction engineers, the museum was launched in 1989.

The collection comprises numerous exhibits related to road and bridge construction engineering, such as machines, vehicles and tools used to build roads. Some of these artefacts date back as far as 800 BC when the Romans built the first road network in what is now south Germany. To guide visitors through road construction history from its early beginning to present state-of-the-art engineering, additional exhibits chronologically outline advances in road development, including the general construction technology, roads use and maintenance, and architecture, planning, environmental and landscape protection issues.

At the Technic Museum Speyer you can wander around inside an original jumbo jet, or inspect the inner workings of a submarine and a sea rescue cruiser. You will find the largest space flight exhibition in Europe, offering the Russian space shuttle BURAN, an original Moonstone, space suits, a Soyuz landing capsule, as well as locomotives, vintage cars, fire trucks, motorcycles, and thousands of other exhibits. The Museum Wilhelmsbau houses mechanical musical instruments, fashions, and dolls. Unique in Germany, the IMAX®-DOME cinema presents exclusive films on a giant dome screen.

The Technic Museum Sinsheim boasts two fully accessible supersonic jets, the Concorde and Tupolev TU-144, located on the museum roof. There is something for everyone to discover in the exhibition halls, including hundreds of classic cars and motorcycles from all eras, huge steam engines, formula 1 legends, classy sports cars, record-breaking vehicles like the Blue Flame and Brutus, farming machines, giant engines, a military history exhibition, and much more. A visit to the IMAX 3D movie theatre is an unforgettable experience, featuring exclusive 3D films on a screen as high as a house.

A gem in the world of Frankfurt museums awaits passengers at the end of tram line 12 in Schwanheim: The permanent exhibition Von der Pferdebahn bis zur Neuzeit (From Horsecar Days to Modern Times) provides a comprehensive overview of the evolution of mass transit in Frankfurt, bringing history to life through lovingly restored vintage vehicles. The exhibition – covering almost 4,000 square meters, both indoors and out – encourages visitors to discover, remember, recount, and relive the past.

More than two dozen rail vehicles and omnibuses are housed in the original depots and grounds of the former Frankfurter Waldbahn-Gesellschaft (1889-1929), as well as in the landmarked Schwanheim terminal. A collection of documents, photographs, tickets, uniforms, route maps, and a panorama signal post round out the 125-year retrospective. The museum’s highlights include the first horse-drawn tram run by the Frankfurter Trambahngesellschaft, dating from 1872, and a vintage 1900 steam engine–although visitors are also invited to take a look into the future.

Dedicated and competent volunteers (members of the HSF association) are on hand to answer all queries, and also welcome guests to the extraordinary events sponsored by the association. 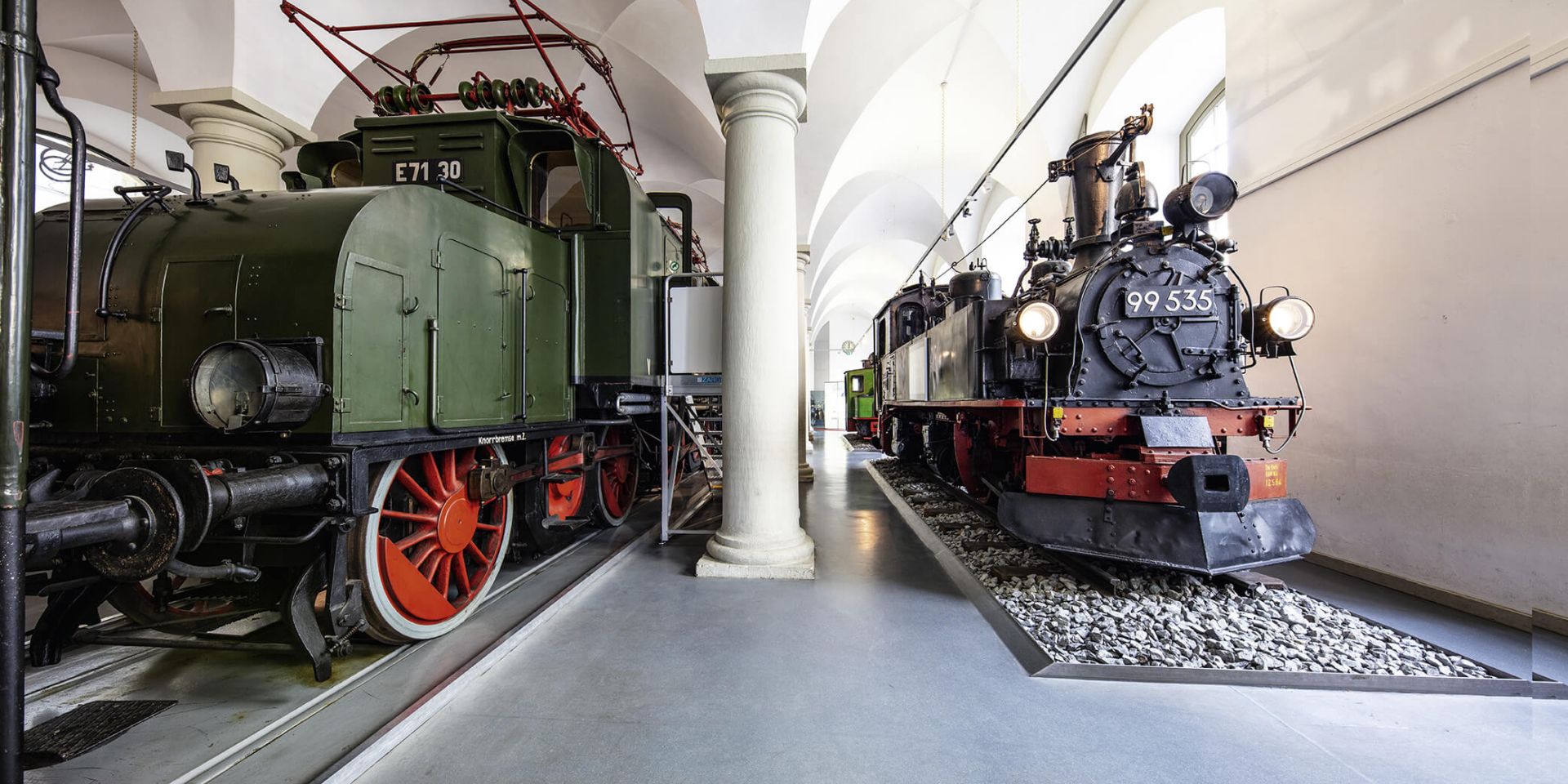 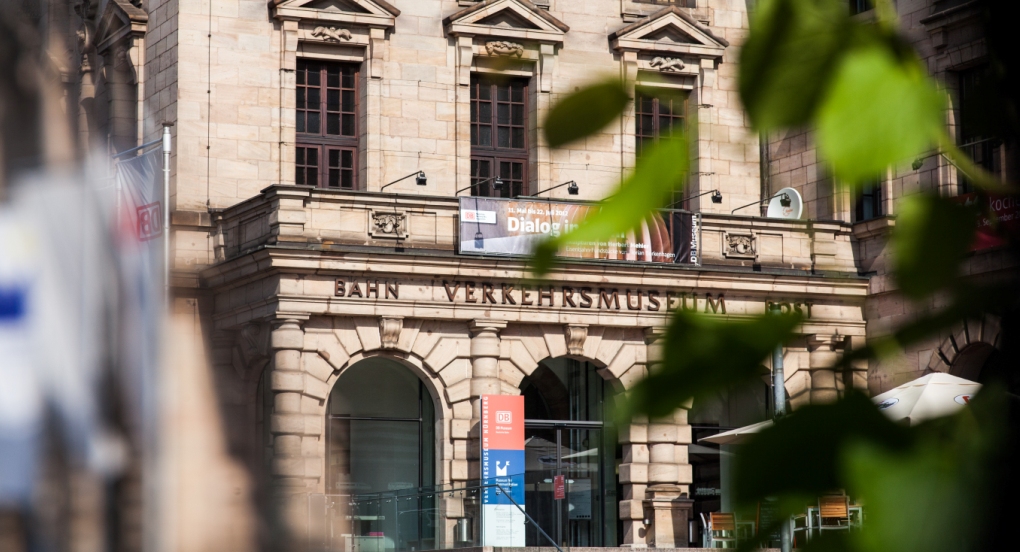 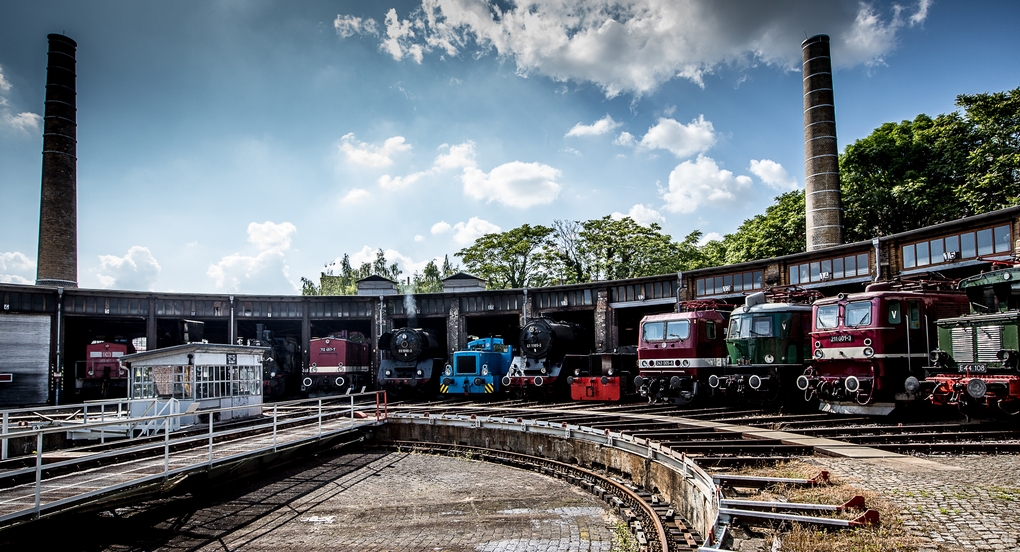