3 years ago
Thousands of people gathered to celebrate Safe Streets in Central Monrovia, capital of Liberia, on the first Saturday December 2019. The Liberia National Police with assistance of the GIZ and in collaboration with further partners conducted a one-day massive road safety awareness festival in Central Monrovia, dubbed Safe Streets Festival, under the motto “Road Safety Strengthens Economy”. Second of its kind following 2017’s initiative of the Festival. 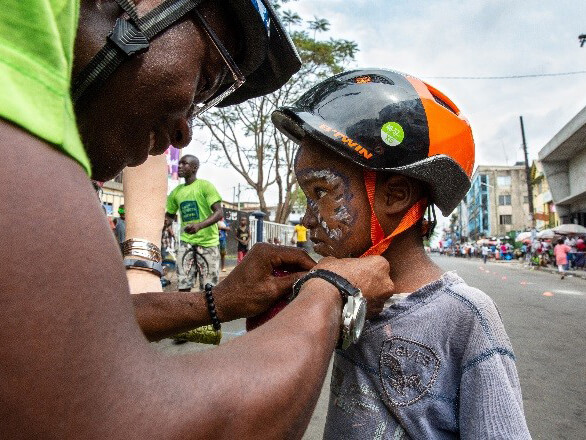 Liberia loses up to 7% of its GDP due to inadequate road safety measures and high levels of traffic related deaths and injuries annually. Worldwide, according to the WHO Global Status Report on Road Safety 2018, road traffic injury is now the leading cause of death for children and young adults – disproportionately burdening low- and middle-income countries. In Liberia at least 35.9 deaths are annually estimated per 100,000 population (2016). This places Liberia on top of the global ranking of Road Traffic Deaths and Proportion of Road Users by Country.

To change that and consistent with the UN Global Road Safety Week (postponed due to rainy season) and World Day Remembrance of Traffic Victims, the Liberian Police together with its cooperation partners organized the Monrovian Safe Streets Festival (see cooperation organizations below).

For the entire day, one of the city’s central streets, Broad Street, was blocked to motorized transport and became a safe zone for pedestrians and showground of the Safe Streets Festival. The festival featured a 6km race in the morning followed by cultural troupe performances, drama sketches and comedian performances related to road safety as well as a dance training – and culminated into a concert with top Liberian musicians. Some of the city’s high-ranking personnel added weight to the festival’s purpose attending the opening ceremony and stressing the importance of road safety: The City Mayor, Chief of Traffic, who was in lead of the Festival’s organization, as well as the German and EU Ambassadors to Liberia.

Prior to the event no marketing opportunity was left out. Good preparation is half of the job – so radio talk shows, crosswalks paintings, distribution of printed posters and flyers as well as announcements in schools and communities were organized in order to attract people to the event. And it worked! Almost 10,000 people attended the event and hundreds were actively involved:

Road safety education through quizzing, trivia, interactive games with children, and eye testing were to be found around the area of the Festival. Banners with graphics and short memorable lines were used to make people memorize basic but mostly not applied safety standards. A catching road safety song helped to get the message into everyone’s head with rhythm and fun. To be accident free is the goal! And following rules like these makes it possible:

Volunteers as well as Police Officers were wearing green shirts featuring these messages all day.

After raising awareness among drivers and traffic participants the next step must be functioning law enforcement, especially for standard safety measures such as helmet use and road worthiness of the vehicles.

Road Crashes impede economic development as the most productive age groups are being killed or injured and therefore being removed from the work force. As young people are lost to traffic, society’s previous investment into their development is lost. It is estimated, that economic losses due to traffic injuries are greater than the total development aid received annually by most aid recipients.

The Safe Street Festival was supported by the Liberian project ‘Capacity development in the transport sector’ implemented by the GIZ and organized in cooperation and assistance with the Liberian Police as well as the Millennium Challenge Account-Liberia, and financed by the World Bank, European Union and Omega Insurance Group Ltd.

A big Thank You! goes out to the outstanding Liberian partners who made this event possible: The Liberia National Police, Fit Liberia (6km race), À Dyà Zù-Zù (setup of cultural program), Liberia Chamber of Commerce (the market fair), Liberia Cycling Association (bicycle skill testing), the Ministry of Health (eye testing), the Ministry of Public Works (crosswalks painting), Millennium Challenge Account-Liberia (media involvement and road management education), the LNP Road Safety Volunteers and all other volunteers as well as all stage performing artists! The financing was provided by the World Bank, European Union and a private insurance company. The event is yet another step in achieving the Liberian Police’s target to reduce traffic deaths by half by the end of 2020.

Check out Facebook (Safe Streets Festival, 2nd Edition) for pictures and videos to get a better impression of all the fun: 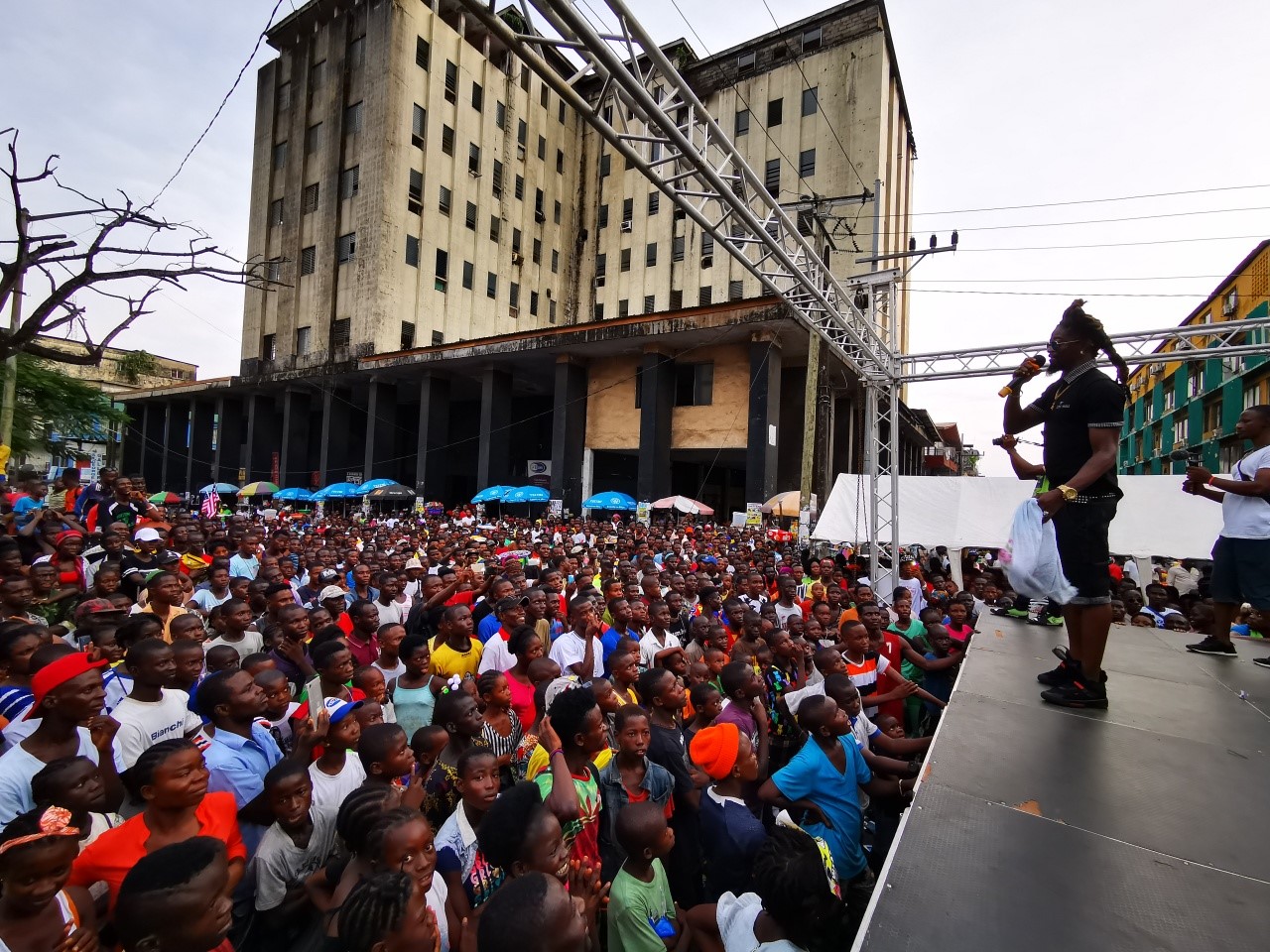 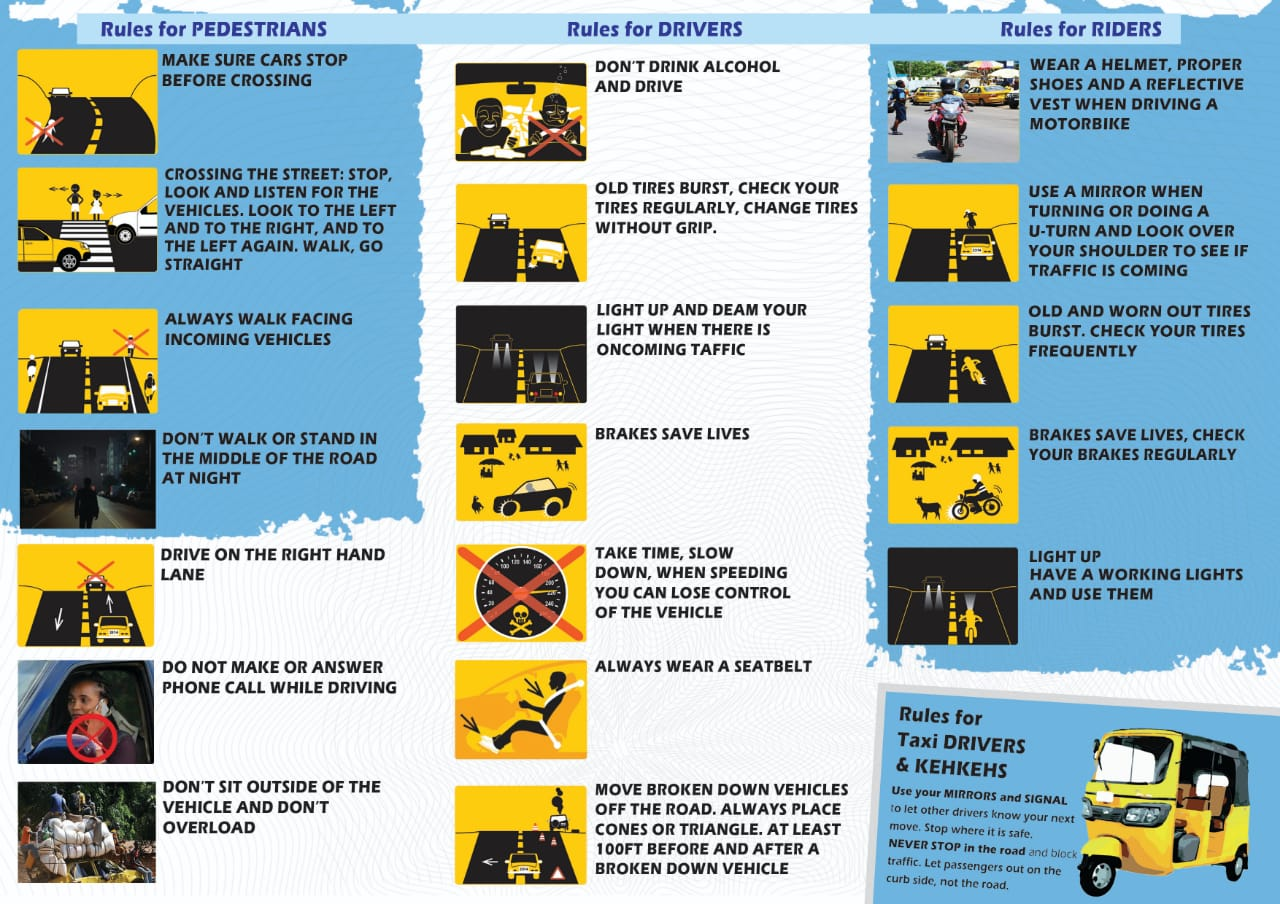 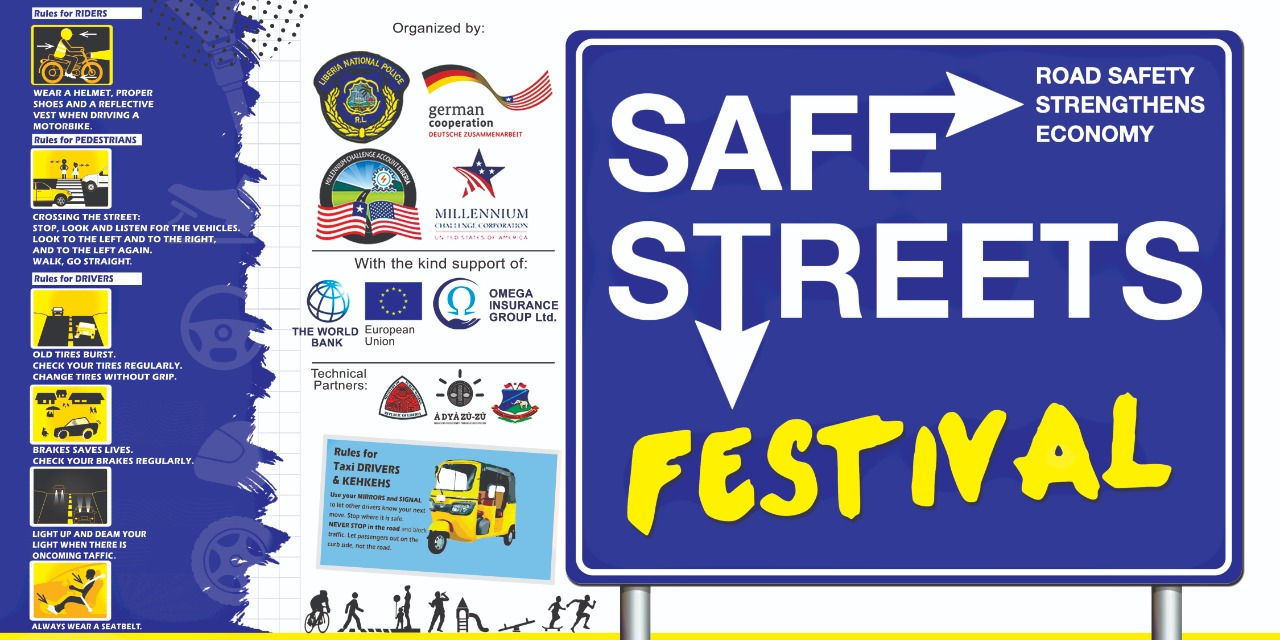