2 years ago
Kruševac (Serbia) is the winner of the European Mobility Week Award 2019 for larger municipalities. The Serbian city impressed the jury with its wide range of activities, underpinned by strong citizen participation and political support from the local government. 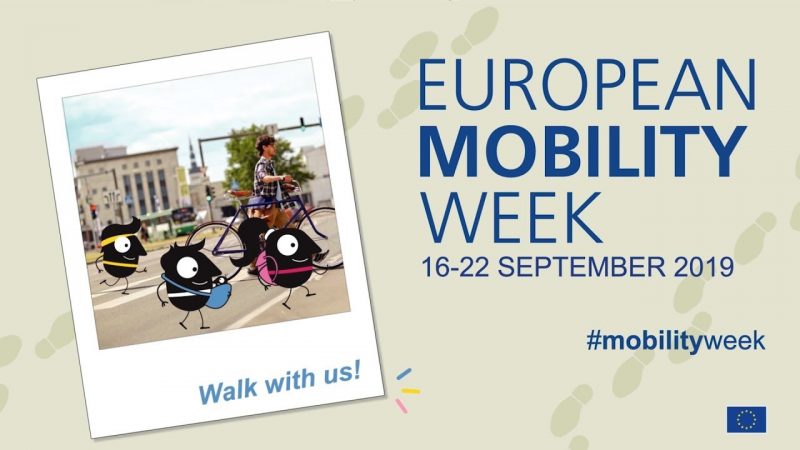 The European Mobility Week (EMW) 2019 has proven a great success for the western Balkan countries. Besides, it increased the awareness on sustainable urban mobility in smaller and larger municipalities across the region.

Overall, four urban areas in the Balkan countries – Rethymno and Karditsa from Greece, Kruševac, and Turkey’s Ordu were among 12 European Mobility Week finalists.

Even the mayor was ‘walking the walk’
According to the European Commission’s press release, the Serbian city impressed the jury with its wide range of activities, underpinned by strong citizen participation and political support from the local government. Even the mayor of Kruševac, Jasmina Palurović, was ‘walking the walk,’ coming to work on foot to help spread the year’s mobility message.

During the European Mobility Week in Kruševac, the city streets enjoyed a new burst of life without cars, not only in the center – which was taken over by pedestrians – but also in the suburbs, where people organised a variety of activities. The face of the city was also transformed, with the installation of new cycle paths, walkways, public squares, urban parks, benches, and even swings, the Commission said. The participation in the EMW 2019, had been supported by the GIZ Open Regional Fund for South-East Europe – Energy Efficiency (GIZ ORF-EE).

After the Commission announced its decision, the mayor of Kruševac Jasmina Palurović, said that the award did not come right away. “The city has been participating in the European Mobility Week for many years, and in 2016 it was in the selection of top 10 cities,” she said. This is the best result of a city from Serbia that has taken part in the EMW contest. The EMW in Kruševac is organised as a one-week festival, which apart from the promotion of long-lasting measures, also offers various daily activities for all ages.

“It is a good opportunity to draw attention to the use of public areas for sustainable modes of transport and to review everyday movement habits of citizens. This is valuable for the city authorities because, in this manner, they receive citizens’ feedback in an informal way,” Jelena Nikolić, Advisor for Sustainable Urban Mobility and Energy Efficiency in the City of Kruševac, said. Kruševac is also known as the first city to adopt a sustainable urban mobility plan (SUMP).

Positive effect on 23 municipalities and 6 capitals in the region
The campaign also positively affected other partner cities and municipalities of the ORF-EE. In 23 municipalities and the six capitals of Albania, Bosnia and Herzegovina, Kosovo, Montenegro, North Macedonia, and Serbia citizens and local leaders explored their streets and experimented with transport innovations. The mayors of the six capitals of the region served as Sustainable Urban Mobility Ambassadors. In an online conference, the mayors or their representatives shared experiences and the capitals’ best practices of urban mobility.

The enthusiasm and broad participation of citizens and local leaders is captured in a video produced by the Open Regional Fund for South-East Europe – Energy Efficiency. It serves as both a souvenir and inspiration for new urban mobility ideas and activities.

EMW is an initiative for sustainable urban mobility
European Mobility Week is an annual initiative of the European Commission for Sustainable Urban Mobility. The campaign is looking for ways to influence mobility and urban transport, as well as to improve public health and quality of life.

In the region of Western Balkans, the ORF-EE, together with its partners – the national associations of municipalities, supported the participation in the EMW 2019.

The project on Sustainable Urban Mobility in South-East European Countries (SUMSEEC II) is implemented by the GIZ Open Regional Fund for South-East Europe – Energy Efficiency and funded by the German Federal Ministry for Economic Cooperation and Development (BMZ).