2 years ago
Through cooperation with associations of municipalities and cities, numerous local authorities from the Western Balkans laid out their sustainable urban mobility strategy. 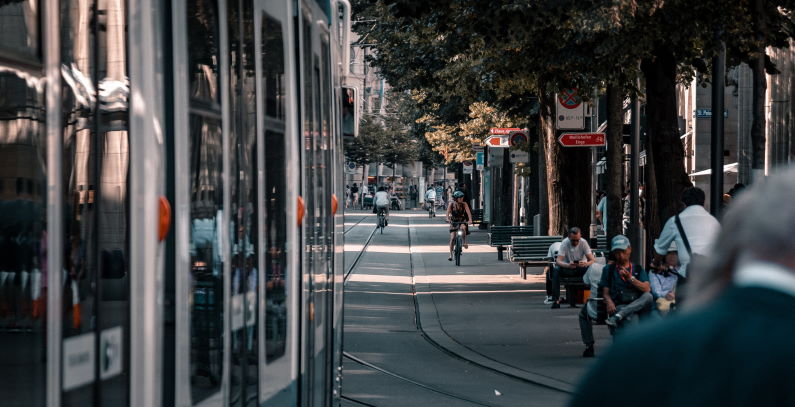 Through cooperation with associations of municipalities and cities, numerous local authorities from the Western Balkans laid out their sustainable urban mobility strategy and made first steps toward a people-centered urban mobility system. The endeavour was facilitated by the Open Regional Fund for South-East Europe – Energy Efficiency (ORF-EE), a regional project implemented by the Deutsche Gesellschaft für Internationale Zusammenarbeit (GIZ) on behalf of the German Government.

Eight associations of municipalities and cities from Albania, Bosnia and Herzegovina, Montenegro, Kosovo, North Macedonia and Serbia have worked intensively in the past year on the promotion of sustainable urban mobility, supported by the ORF-EE’s regional project ‘Sustainable Urban Mobility in South-East European Countries II’ (SUMSEEC II).

In order to make a true and lasting change, a new approach in spatial and transport planning has been applied. The concept has a clear focus on the quality of life and the people unlike traditional planning, which is usually more focused on individual motorised transport. Regular cycling and walking have been proven to extend life expectancy and bolster health. Simultaneously, they help lower air pollution.

The associations supported Ferizaj, Gjilan, Podujeva and Gračanica in Kosovo and Bijeljina in Bosnia and Herzegovina in the development of their SUMPs.

Gramsh, Elbasan, Belsh, Librazhd, Klos, Mat, Shkoder, Peqin and Cerrik in Albania; Zavidovići in BiH; Rožaje and Kolašin in Montenegro; Šabac and Pirot in Serbia; and Kumanovo, Kavadarci, Ohrid, Bitola and Karposh in North Macedonia created SUM solutions with the associations’ help and with the backing of SUMSEEC II.

In line with the best EU stakeholders engagement and open public discussion practices, the process of developing SUMPs and SUMs throughout the Western Balkans included a participative approach of citizens, academia, private and public sectors and NGOs.

In the city of Banjaluka, for example, a consultation process about sustainable urban mobility put together for the first time important stakeholders such as citizens, academia, NGOs, urban planners and local authorities in one room to discuss openly, and from different perspectives, challenges, issues and possible solutions in urban mobility, spatial and transport planning.

Going to work by bicycle

The SUMSEEC II project supported the implementation of 19 pilot projects, of which 13 in cooperation with the associations and five directly with capital cities.

Most pilot projects included rapid interventions according to the needs defined in SUMPs or SUM solutions. Citizens opt more and more for bicycles as a means of transportation, so activities in pilot projects were aimed in that direction.

The results achieved throughout the region reflect the enthusiasm of local authorities for changes that benefit citizens and raise their awareness of the benefits of the inclusive mobility approach to everyday life in cities and towns.

Municipalities became aware that they lack bicycle parking spots near public institutions so some, like Istočno Sarajevo, applied for support to introduce them. In this way, not just the employees in municipality administration can commute by bicycle, but the citizens can do the same when they visit the institutions.

For small municipalities, such as Travnik in BiH, sustainable urban mobility also means the availability of the public transportation schedule so citizens, but tourists also, may plan their time accordingly. That is the reason why this municipality supported by SUMSEEC II project developed an Android application for public transportation.

In Albania, in the city of Shkodra, bicycle parking stands have been also installed and bikes donated to the local police. “A small project can have a great effect when you have a good idea and the good will to introduce new concepts such as urban mobility,” said Agron Haxhimali, Executive Director of the Albanian Association of Municipalities.

In the City of Bijeljina, where according to a poll, 55% of citizens use a bicycle occasionally or most of the time, the project improved the state and expanded the existing bicycle lanes and added space for pedestrians. The mayor of the city, Mićo Mićić, took an active role in this project and promised more lanes are to be added in future, not just in the center, but also to connect the city with famous tourist facility Stanišići and the Drina river.

The Association of Municipalities and Cities of Republic of Srpska in BiH established an info desk for sustainable urban mobility in its premises, where citizens will be able to get educational content and first-hand information. At the moment, the info desk only provides online support with regard to the COVID-19 pandemic.

“The project helped the Association of Municipalities and Cities of Republic of Srpska to position itself as a relevant player in the area of sustainable urban mobility. By establishing the pool of experts, we secured necessary knowledge as a resource and used it in capacity building in municipalities and cities,” said Predrag Pajić from the association.

The Standing Conference of Towns and Municipalities implemented the project ‘Sustainable urban mobility in Serbian Cities and Municipalities’ from February 2019 to March 2020. The key result of the project was the support for the creation of SUM solutions in Pirot and Šabac. Support was also provided for Kruševac, the first city in Serbia that independently adopted a sustainable urban mobility plan.

Klara Daninović from the Standing Conference of Towns and Municipalities of Serbia said the project was a strong incentive to continue to promote the sustainable urban mobility concept among the organization’s members.

“We are especially proud of the first prize that the City of Kruševac won on a European level, for marking the European Mobility Week. Since our project contributed to the event in 2019 in Kruševac, we believe we also partly contributed to the city’s great success“, she stressed.

Jelena Nikolić, Advisor for Sustainable Urban Mobility and Energy Efficiency in the City of Kruševac, said the local team presented its results in Serbia, former Yugoslavia and in Europe, inspiring all interested cities and municipalities in B&H, Pirot and Šabac in Serbia, and other local authorities in the region.

“It is very important to be patient, as changes don’t come overnight. One example is the reconstruction of the center of Kruševac. During the European Mobility Week 2015, we closed a part of the main street every afternoon. We wanted to highlight the use of public space and the need for bicycle infrastructure and to remove car parking spots. After very positive feedback from the citizens, the period was extended and last year the said traffic regime lasted from mid-April until mid-October,” she asserted and underscored the drop in the level of noise was notable.

This way decision makers also became aware of ways to use public space, said Nikolić, who authored the Kruševac SUMP. In a poll with citizens, half of the participants supported the idea of a pedestrian and cycling zone and the city center should get a new look next year.

“Not all measures are necessarily expensive. We set up bike racks on 30 or so locations and they are all full. Repair stations are also part of the cycling infrastructure as is a bicycle counter: the data is visible on displays so that drivers and pedestrians see how many cyclists are around. We had accessibility for people with disabilities in mind during the reconstruction of sidewalks and intersections. Recently we introduced electric minibuses on two lines and the rides are free,” Nikolić said.