3 years ago
Representatives of the Koblivska and Radsadivska AHs of the Mykolayiv Oblast borrowed German experience of sustainable mobility development, in particular got acquainted with the cycling infrastructure and possibilities of its creating in their hromadas. A study trip to Germany was organised within the framework of the Project “Support and Development of Sustainable Mobility in Amalgamated Hromadas” of the U-LEAD with Europe Programme. 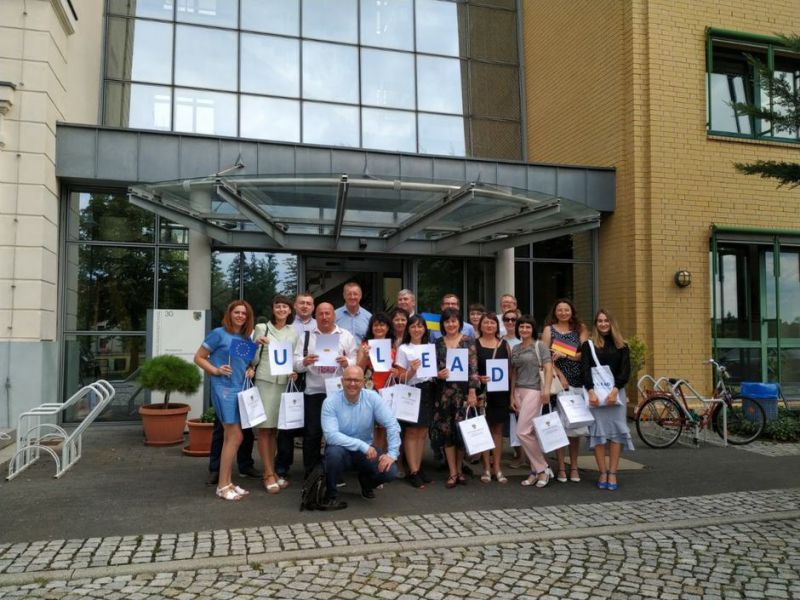 Ukrainian delegation visited the federal state of Saxony-Anhalt, including the cities of Magdeburg and Osterburg, as well as amalgamated community of Niedere-Börde. During the visit, a series of meetings and discussions took place, and participants were able to view transport infrastructure and discuss possibilities of their own ideas’ implementation in their AHs.

“At a meeting at the Ministry of Regional Development and Transport of the Federal State of Saxony-Anhalt, I presented my idea of cycling infrastructure development in our hromada. And in order to get a deeper feel for the benefits of using bicycles, I rented a bike and rode half of the Magdeburg city along specially equipped bike lanes. I even carried my bicycle by train,” said Maksym Korniyenko, deputy head of the Radsadivska AH.

According to him, the Radsadivska hromada has a dream to develop by 2035 such a cycling infrastructure so that 70 percent of residents use only bicycles as Transportation means. The first steps have already been made this year. And a trip to Germany enriched experience in this matter.

“In order to somehow promote cycling in our hromada, we have announced a photo competition among the residents called “We are true friends – me and my bike”. The first 4 winners will receive gifts I brought from Germany. On Independence Day, we will sum up results and award prizes. We hope that after that the number of people willing to use
bycicles will increase, especially among children,” said Maksym Korniyenko.

He also noted that modern bike racks will soon appear in their villages.

According to another participant of the trip Serhii Fedosyeyev, Deputy Chairman of the Board of the Koblivska AH Development Agency, during the visit to Germany he discussed the possibilities of cooperation of the Koblivska AH with the Osterburg community and amalgamated community of Niedere-Börde.

Source: Mykolayiv Centre for the development of the Miscellaneous Self-Entimation