A brushstroke for better mobility

2 years ago
Green, blue, orange – in November 2019, pedestrians, cyclists and particularly drivers in Costa Rica’s Greater Metropolitan Area (GAM) were greeted with colorful designs on the normally drab grey streets. And not only that: Costa Rican municipalities are staging these interventions of tactical urbanism.

The tactical urbanism designs completely restructured traffic along 200 to 300 meters of street, amplifying sidewalks and street corners, offering spaces for safe crossing and including shared bicycle lanes. Mimes weaving in and out of traffic acted as crossing guards on the road. Strategically placed plants, furniture and other elements slowed down the stream of cars and restructured dangerous intersections. Particularly pedestrians and cyclists enjoyed the new-found freedom – even if only for a couple of days.

As in many countries in the world, urban planning in Costa Rica comes from a car-centrist perspective, where streets are designed primarily for the circulation of vehicles. The GAM severely lacks public spaces that allow pedestrians and cyclists to travel safely, including proper sidewalks, pedestrian crossings or traffic lights and bicycle infrastructure.

In order to promote alternative forms of urban mobility, the BMU/IKI project MiTransporte teamed up with the municipalities of Belén, Desamparados and San José to carry out a series of tactical urbanism interventions. “With these interventions, implemented together with communities, local and national authorities, we can experiment and test how inhabitants conceive public space, how they perceive their own mobility options in it and how they can innovate to generate more inclusive public roads”, stated Claus Kruse, director of MiTransporte on behalf of GIZ.

Tactical urbanism includes temporary and low-cost interventions in the public space, where citizen participation is encouraged to propose, test and measure solutions that improve mobility conditions and use of public urban environments. Through these prototypes and the lessons learned, permanent solutions can be designed. In recent years, tactical urbanism has been used in several countries as a tool to prototype and calibrate inclusive public spaces and roads.

Belén presented a typical case of a bustling city center with little space for pedestrians. Participants painted colorful safe zones, temporarily widening sidewalks and adding zebra crossings. Open-air cinema and face-painting for kids aroused interest of residents and passersby alike, inviting them to stay and contribute. In San José’s Barrio México, the intervention was staged between the heritage building “Botica Solera” and the nearby bus station, where two streets join at a sharp angle in a busy intersection, a potential challenge for pedestrians crossing the street. In Desamparados, participants developed a proposal near a local school to improve conditions for students, parents and teachers, among others, aiming to avoid the congestion generated when school busses arrive to drop off and collect students during the day.

The three municipalities were chosen in a contest open to all municipalities located in the GAM in October 2019. Subsequently, GIZ aided in choosing the intervention area, designing the participatory processes, and developing construction plans for their execution. Currently, the process and its results are being systematized to facilitate its replication in other areas in the future. All three municipalities are considering to permanently include some elements of their interventions in their urban plans.

MiTransporte is implemented by the German Development Cooperation GIZ and the Costa Rican Ministries for Environment and Energy (MINAE) as well as Public Works and Transport (MOPT) on behalf of the German Federal Ministry of the Environment, Nature Conservation and Nuclear Safety (BMU). 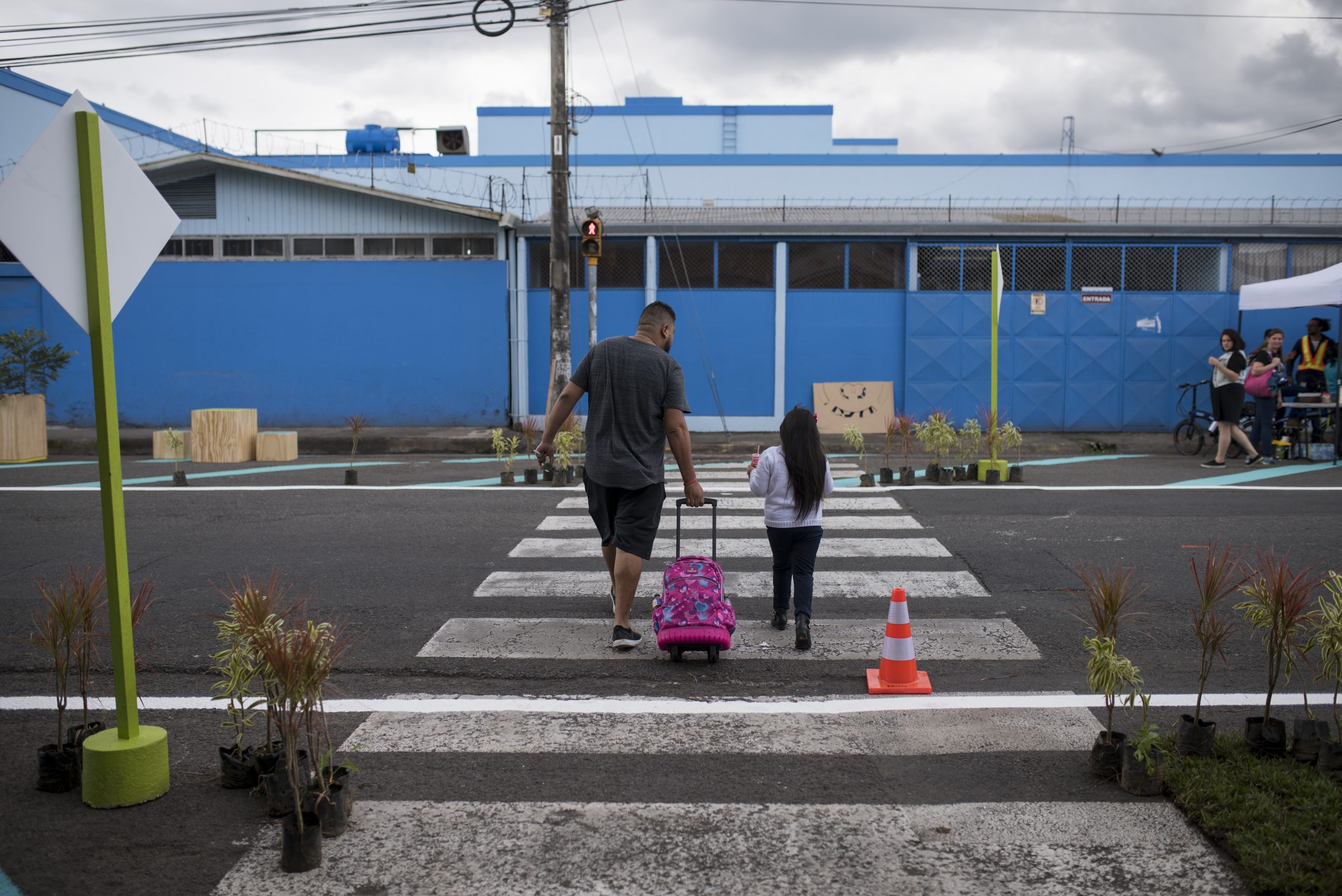 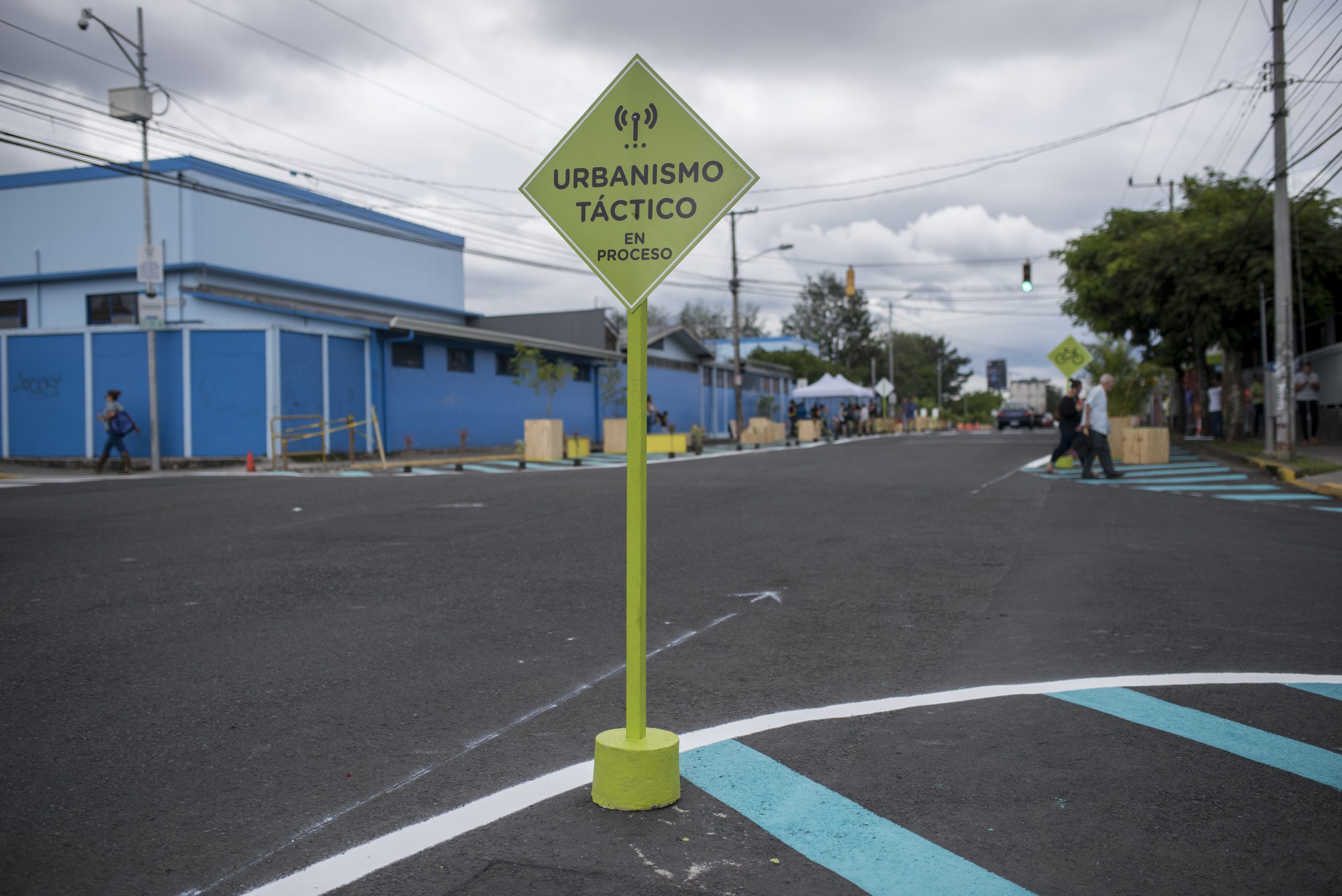